It was a good day for a playtest. Outside was freezing, the sky was miserably grey, and even the birds were melancholy. What better way to stay warm than by embracing the soft glow of a computer screen before huddling into a group and giving feedback about what we just played? Well, doing that and then playing Bok, that’s what! It was great to see everyone getting involved, not just participating in the games but in discussions too. If you missed out (hopefully we see you at the next one!), let me give you a taste of what went down… 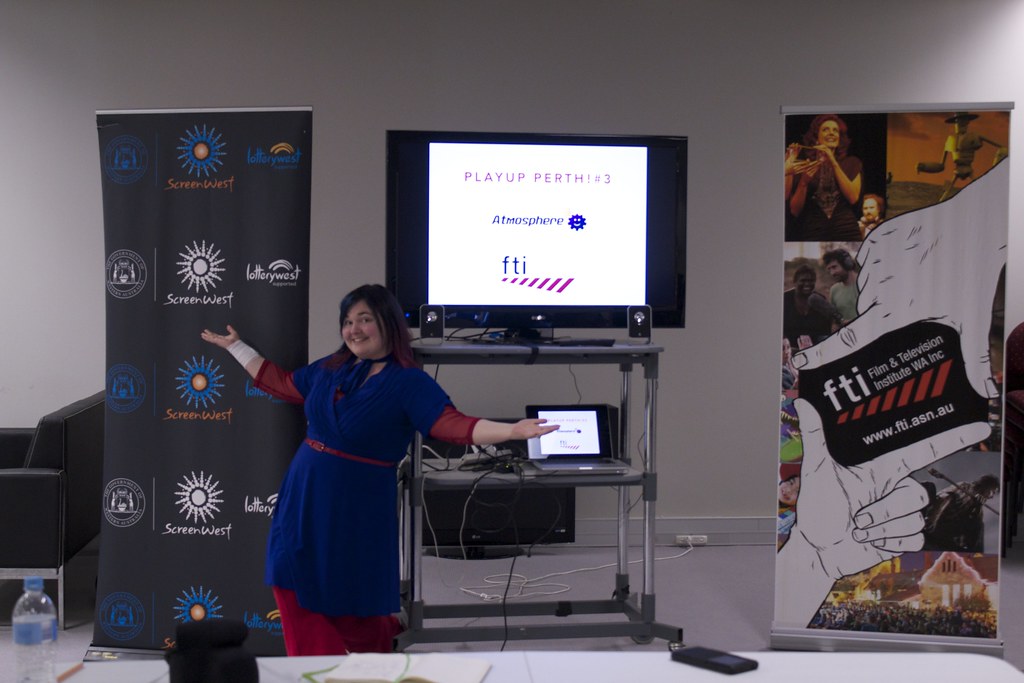 First on the agenda was Wendy White’s ‘Underwater Story’. Before diving in, Wendy explained that the game was a throwback of sorts to the good ol’ point-and-click games of the 90’s, focusing more heavily on player driven story than a linear narrative, and revolved primarily around the player’s relationships with other NPC’s. What this boiled down to was a visual novel with a few quirks and some wicked art.

Wendy’s vision of the game was to make the player’s choices deeply impact the story, barring progress through the game if necessary, and I personally felt like that was a good idea; creating a transitive narrative with branching plot directions is something video games do very well. While it was an early build, remnants of the design philosophy were already well embedded into the game. I told a seahorse (a placeholder seahorse, but a seahorse no less) I swam fast and got a trait, which came in handy later when I needed to swim fast. It might not seem huge, but at this stage of development, it’s a step in the right direction for sure. This persistence resonated with the rest of the group as well, praising it as one of the highlights of the demo. 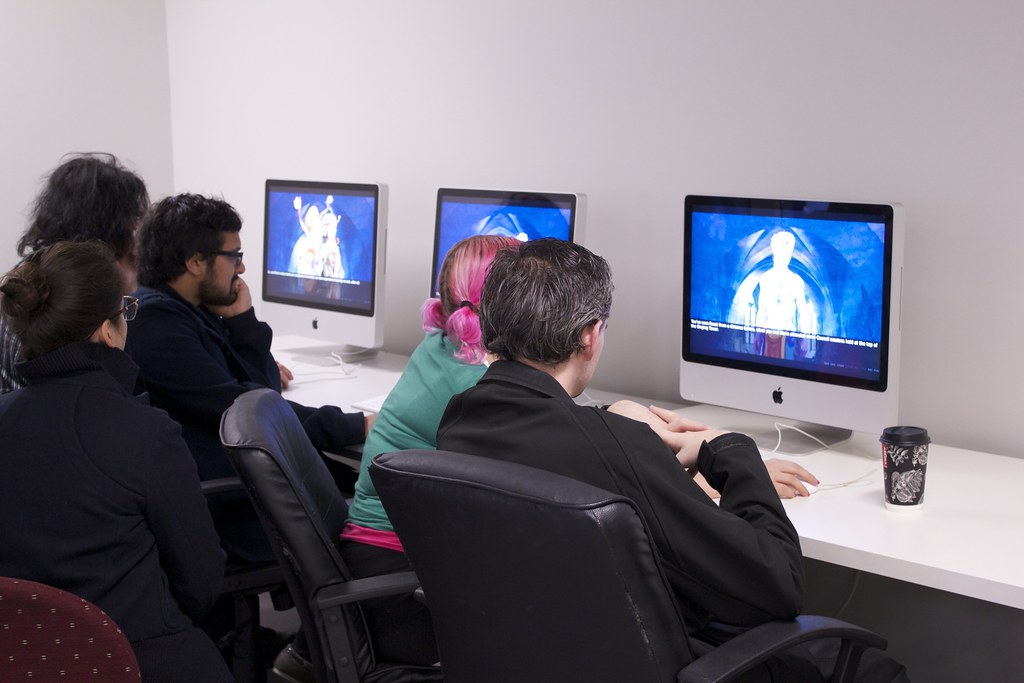 Of course, persistence is a double-edged sword. The expectation of player influence in a game often brings the assumption of agency, independence, control. A concern of the group was ensuring the player felt like they were integral to how the plot evolved and not just sitting back clicking through text. The addition of viewable relationship meters, inventory system, and (my personal favourite) a Sam & Max style map to decide where to go next were all mentioned, but whether they will be integrated is another question.

If you’d like to keep track of Wendy’s seahorse fueled creation, you can check out her website here.

Next up was Claude Woodward’s great new sport, Bok! Bok is played a bit like Kung Fu, if Kung Fu involved balls and racquets, that is. The outstanding feature of the game is the usage of racquets about the size of your hand, made to punch small balls and shuttlecocks Bruce Lee style. It’s a bit of a meta-game, with the racquets hosting numerous variations of Bok games like Battle-Bok, Biff-Bok, and Astro-Bok, all involving a ball of some kind (perhaps a small one attached to a cord, perhaps a larger one to bounce off a wall) and the Bok racquets. If this all sounds a bit full on, it’s hardly a shock. 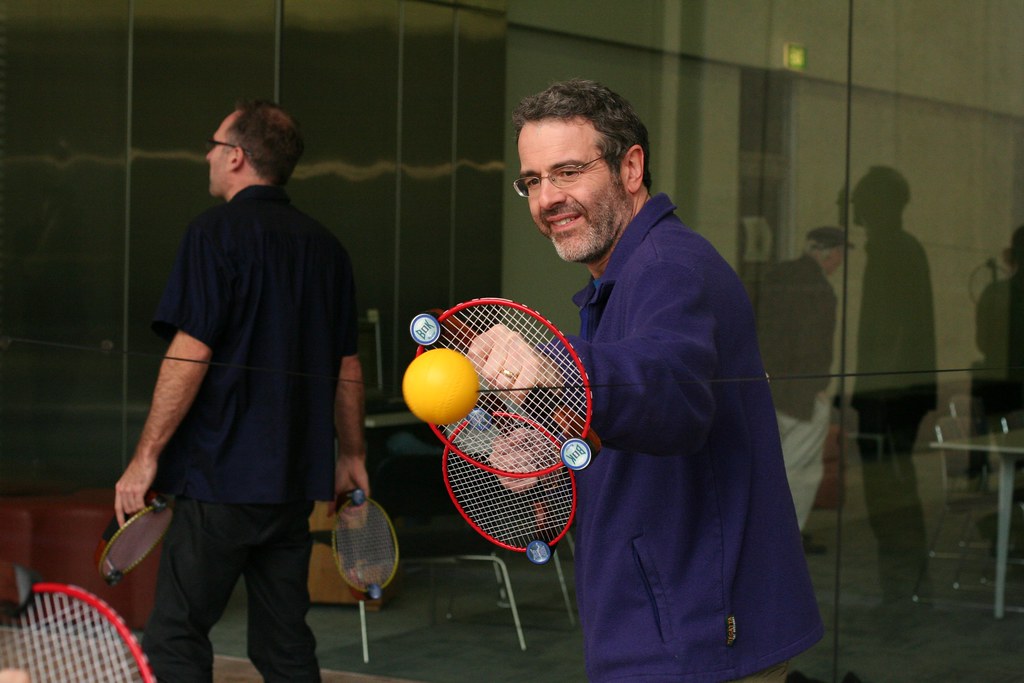 The main issue with Bok wasn’t the idea or the product, it was the pitch. Claude had obviously spent a long time crafting ideas for games made for the racquets but never stopped to ask what games came most intuitively to people who’d never seen the things before. It was too much about the package and not enough about the product. Battle-Bok was fun, everyone agreed on that, but that wasn’t selling the best part of Bok: The racquets.

Claude’s vision was to one day make Bok a competitive sport, and while the group saw the potential, going about it was something Claude struggled with. There were a number of suggestions, including taking the game to uni sports clubs that would be interested in a novel game to draw new members for their own club with. Another suggestion was Tough Mudder, quite well-versed in embracing the new and unique, and with Bok’s quirky, stamina-testing mechanism, it would suit the endurance event quite nicely. Adopting Bok as a fitness tool instead of a game was brought up too, but those racquets were way too cool to be the next Zumba.

You can read more about Bok in all it’s forms at the official Bok Website. 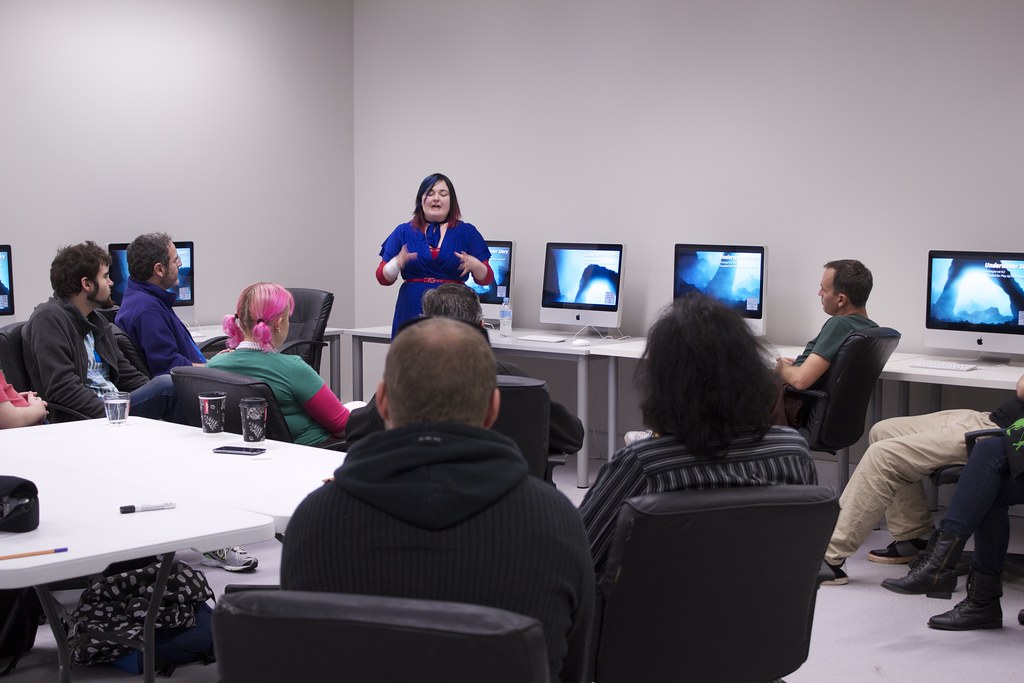 Overall, the event went swimmingly. The group came up with some useful ideas, the devs were open to feedback, and it was a lot better than suffering through the freezing cold outside. If you weren’t able to make it to this Playup but want to come along and help out some local devs, Playup After Dark is just around the corner.